Fallow deer are not as common as red deer in Spain, however, they can be found in rich populations in certain areas in Spain.  I had decided to go after a representative one in the Madrid northern mountain range.  This area of central Spain can be quite shocking for new visitors.  Surrounded by 2000 meter tall mountains, there are deep green valleys quite rich on red deer, fallow deer, ibex, mouflon and in last years, a few packs of wolves have settled in the area. 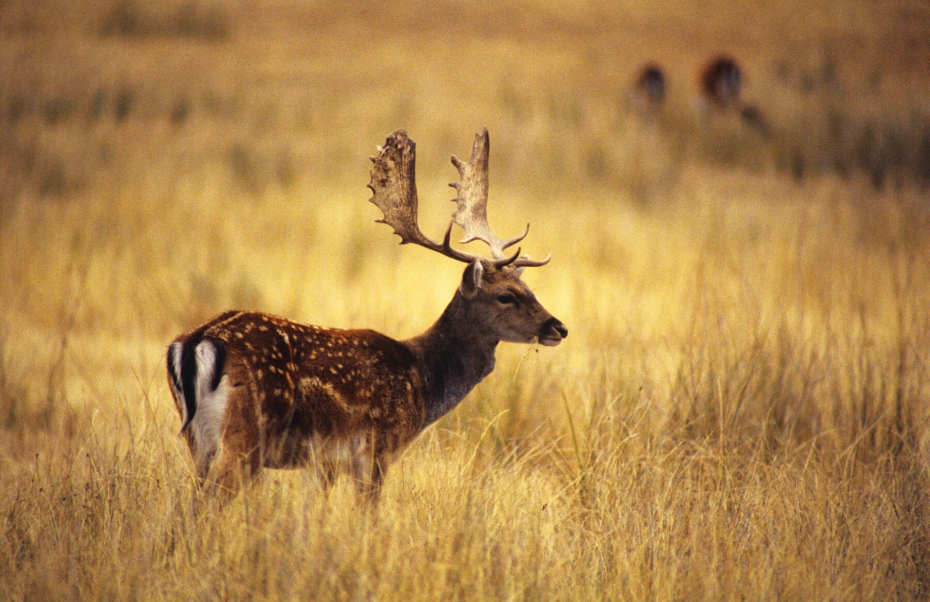 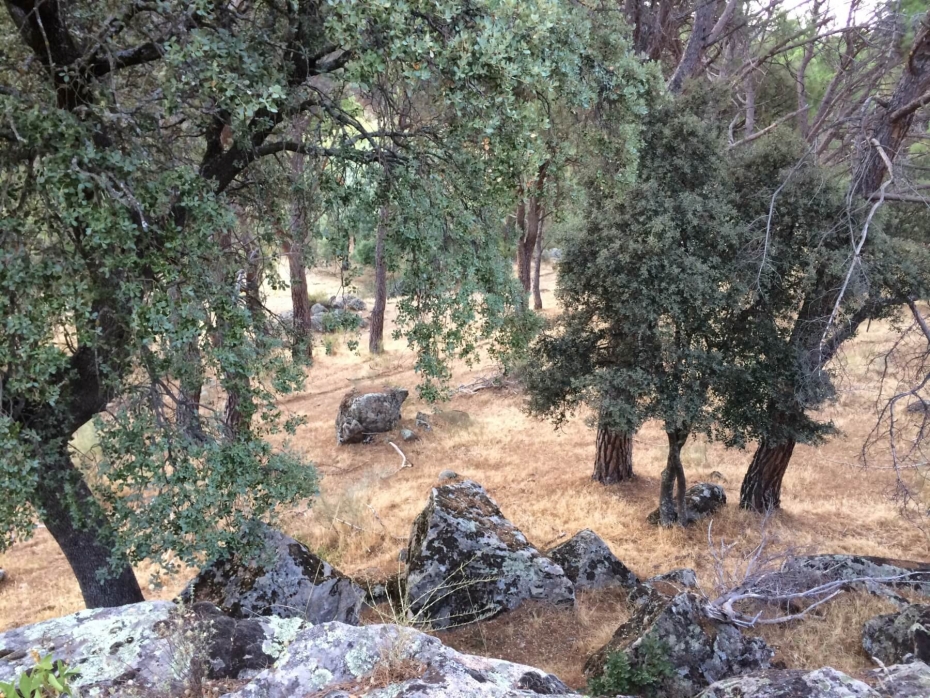 September weather is normally mild and dry, and second fortnight is the best as the rut is at its peak. When stalking any kind of deer, I love to get as close to the animal as possible, considering the approach manoeuvres the real duel between the animal and the hunter. It is often the females that detect you revealing the risk to the male.  I had decided to take my .300 Winchester Magnum rifle equipped with the Leica Magnus on 56 lens diameter hoping for a clean and definitive neck shot. I always look for a precise and ethical single shot and I feel fully confident with distances under 200 meters, although sometimes the circumstances only allow longer shots if you are after a specific individual. 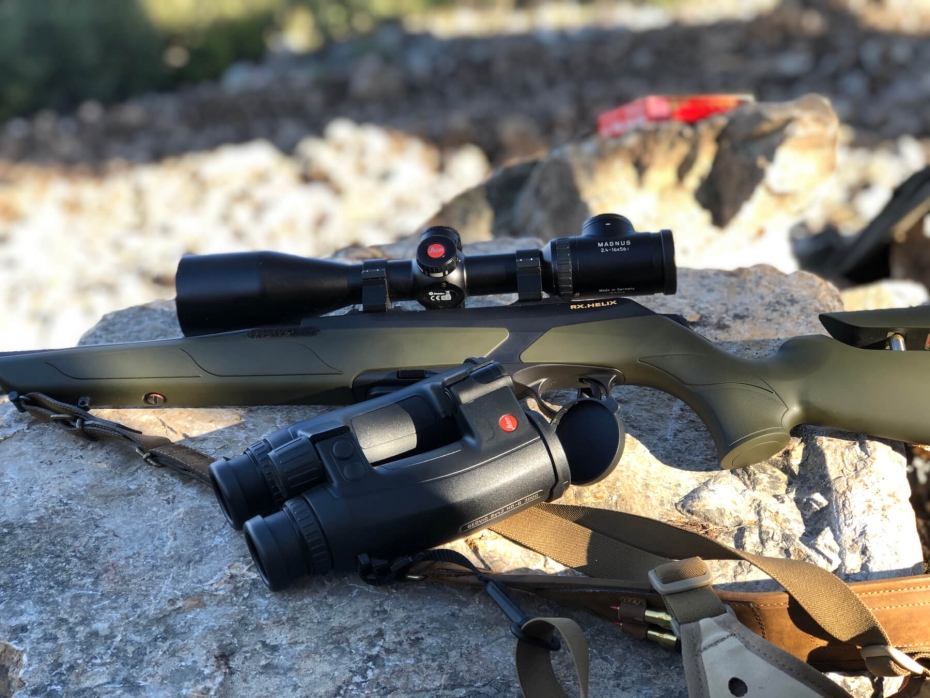 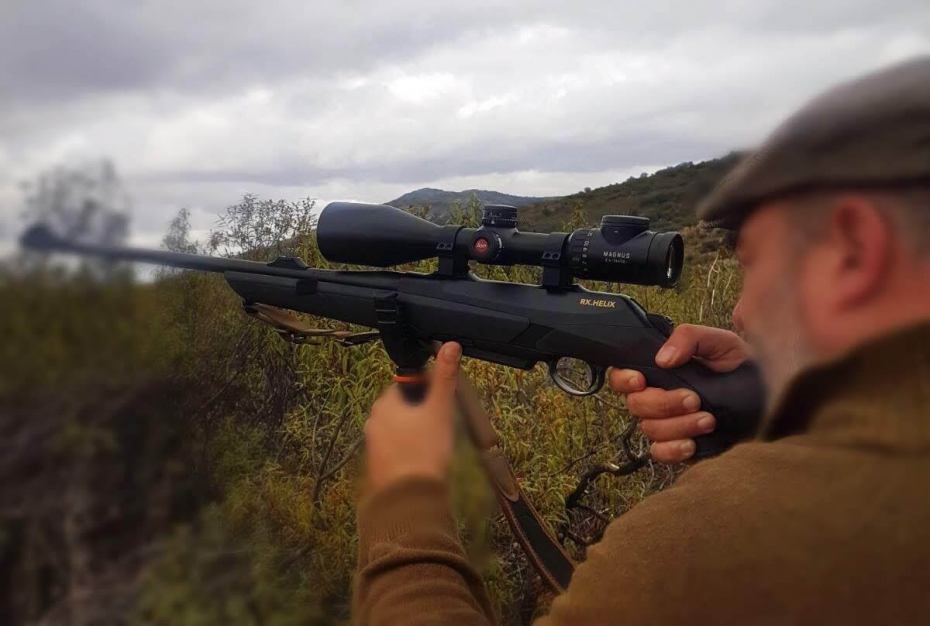 The hunting ground was about 1200 hectares and it included a combination of rocky peaks, dense pine slopes and a couple of valley bottom flat areas covered in holm oak trees. The state guide drove me through the rocky roads in his squeaky old Lada pointing out a few feeding and resting areas for deer. We stopped the car just as the dawn was breaking and he walked me through a narrow path that felt like a soft carpet made from wet pine leaves. As always, I had loaded my rifle and set the safe in full lock position upon leaving the car.

As the slope eased down, we took a narrower track covered in wet rocks covered by moss which forced us to walk even slower, heel and toe, making every step a silent effort no to crack any branches or slip up in a misstep. The guide halted and pointed to a fallen tree on the path, just a few meters away. I got closer to him, we were just 10 meters apart, but it took me several seconds to get to him. He whispered just two words, “just you” and pointed again to the fallen tree. I tiptoed to the tree trying crouch down as I got to the tree. I could see a clear area about 100 meters ahead of my position. I could see a small pond and the mist on it was now illuminated by the early sun rays. It felt like one of those evocative photos taken with many filters, but it was actually live in front of me. Carefully I positioned my rifle pointing to the pond and commenced obersserving the pond surroundings with my Geovid. This kind of light changes and vegetation make the perfect challenge to most binoculars as you have on the same frame bright illuminated areas and dark shadowed nooks where the animal might be hiding. It did not take long to locate a few feeding does. Suddenly a loud buck deep rut call startled me. It was just a few meters to the left of the pond, I turned my binoculars in the rut direction and I spotted it perfectly camouflaged behind the lower branches of a thick Mediterranean pine. The Geovid displayed 93 meters distance. Time to switch to the rifle and use the scope. I took aim almost in slow motion and adjusted the zoom. 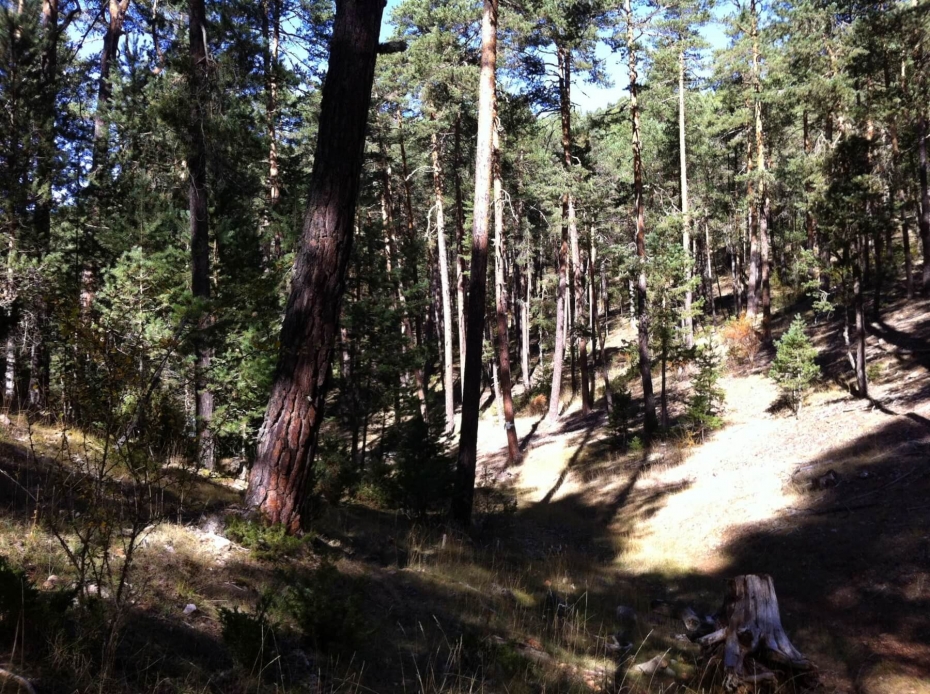 After a few minutes, I could finally see the pales and it was a good adult, possibly on his top year. I could hear two other males in the distance, but I thought I had found the right animal. Unfortunately, this one was not moving much, and I did not have the clean shot I wanted. I heard the old Lada leaving the area while I was trying to accommodate and find a more comfortable position as it would take a while till I could take the shot. I saw the fallow dear slowly moving and rutting every couple of minutes, but it was still protected by some thick branches that could deviate the shot. After several long minutes, finally the deer slowly moved to a cleaner area. I believe I stopped breathing at this moment, hoping not to make the faintest sound. I waited a bit longer until it was well positioned and have the centre of the crossair in its neck. It instinctively turned facing my spot, I could an almost feel its dark eyes staring at me. I dislike frontal shots as those can be tricky if the animal just bends in the precise instant you are pressing the trigger. I must wait yet hoping for the right side shot. After several more deep and grave owls, the stag finally turned. I aimed the glowing red dot reticule to the junction of the neck and the body. Ready to take the shot, respiration controlled. I gently pressed the trigger, and nothing happened, again. Unbelievable, I had not removed the safe! Unconsciously, I removed the safe with a loud click sound. The deer instinctively tensed on its back legs, looked back in my direction obviously spotting me this time. As it tensed its muscles to run, I took the shot. The animal jumped and disappeared behind some pines. I jumped up and started running towards the pond where I saw a few females running away storming downhill.  As I reached the pond, I spotted several drops of blood and I started tracking the animal on the pine tree area. I was hoping to locate the animal in the vicinity. As I crossed the pines where the fallow had disappeared, I encountered a 20 meter ravine which I was not expecting.  I could see the immobile stag at the bottom of the ravine.  As I looked at the descend alternatives, I realised the ravine was a summer almost fully dried waterfall which was fed by the pond and it seemed the only realistic alternative to reach the animal. I hanged the rifle on my shoulder and started the difficult descent. A few meters on the descent, I realised some rocks were loose and not stable at all. After a couple of slippery steps down, the loosen rocks gave up and detached from the waterfall foundation and I fell down with them.  I held the rifle amongst my chest as good as I could, hoping not break any bones on my accidented way down. It all happened in a split second, but I felt it somehow in slow motion. My descent finally stopped. I was face up with my rifle still in between my arms. I remained immobile for a few seconds laying down not far from the stag. I was grateful I started feeling the pointy rocks in my legs and back. I painfully stood up and became certain of large bruise to be on the kidney area. The stag lied just a couple of meters away. Once I was certain the stag was lifeless, I checked the rifle and scope, all intact! Time now to check legs and body for possible cuts. One of my hands was full of scratches, but I had no major cuts. As I was thinking on how to recover and carry the animal, I heard the estate guard shouting my name.

I was lucky to get away with just a few scratches and a sore back for a couple of weeks.  I will always remember the pond, the breath-taking effect of the light and the mist and of course, the accidented descent to recover the animal!

“Brothers in Hunt” - A Spaniard hunting in Germany